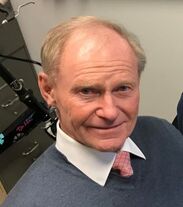 ​The researcher
Much of what modern ecology knows about the Serengeti is due to research initiated by one man, ARE (Tony) Sinclair FRSC FRS. Tony grew up in Tanzania, where the Serengeti National Park is located. Although he left Tanzania at age 10 for boarding schools and then university in England, he continued to return for vacations. He started living fulltime in the Serengeti during his PhD research on African buffalo, supervised by Oxford behaviourist Dr. Nikolaas Tinbergen.  After obtaining his PhD in 1970 he married, and returned with his wife Anne to the Serengeti on a three year NATO Postdoc Fellowship. Altogether, Tony lived in Serengeti for about 8 years.  He left in the early 1970’s when Tanzania became unstable politically, moving to Darwin, Australia to study water buffalo as a CSIRO Research Scientist.  After less than a year, however, his post was cut short by Cyclone Tracy which, during the Christmas of 1974, wiped out Darwin completely – and along with Darwin, Tony’s job.  Suddenly the faculty position he had seen advertised at UBC just three days earlier seemed much more enticing, and he began drafting his application as he led a convoy of cars evacuating Darwin across the Australian outback. The chair of the search committee, Charlie Krebs, didn’t know what to make of the handwritten note written by flashlight, but once Tony had more conventionally applied, he got the job, starting at UBC in March of 1975.  Tony resumed research in Serengeti in the late 1970s when the political climate stabilized and has continued this work until very recently. He also continued research projects in Australia, and added new collaborations in New Zealand and on the Yukon snowshoe hare project. Tony and Anne still spend time at their home on Lake Victoria in Tanzania.

The research
When Dr. Sinclair resumed research in the Serengeti in the late 1970s, he started monitoring mammals, birds and vegetation.  Constrained by people, time, and vehicles to cover the 25,000 square km of the Serengeti, his guiding principle was to keep it simple.  Ground surveys of populations involved miles of bumping over rough terrain in Land Rovers. For example, ungulate populations were monitored starting in the 1980s, with birth rate, survivorship, number of calves, adult age, and sex recorded every three years. Much of the large mammal census data that goes back to the 1960s were collected by flying transects by plane, 5 km apart, and counting animals either by eye or by aerial photos. The plane was temporarily grounded in the early 1980s, however, when the economic situation in Tanzania meant there was no aviation fuel except for what could be smuggled over the border. Undeterred, Tony switched the monitoring of vegetation from aerial photos to oblique photos taken from fixed ground locations. This series of photos was able to capture a dramatic increase in trees as the growing wildebeest population consumed the grass that normally fuelled fires as fires keep tree density low. The Wildebeest population time series – monitored by Tony from 1977 until a few years ago and supplemented by earlier observations - is a classic in population ecology, showing the population’s recovery from the rinderpest virus throughout the 1960s and 1970s and then a levelling off punctuated with drought-related declines. The elephant time series, collected by both aerial and ground methods, showed that the stress of poachers resulted in a zero birth rate between 1977 and 1987. Finally, bird surveys have shown that parks are effective in doubling bird diversity as compared to adjacent agricultural fields. Tony Sinclair’s research has provided insights into how the Serengeti has changed and will continue to change, and driven conservation recommendations for this unique ecosystem.

The dataset
Tony Sinclair and the Living Data Project chose to focus first on archiving the Serengeti bird data. This dataset summarizes 67,110 geo-referenced observations on 567 bird species from 1929-2017, collected along standardised transects and point counts and supplemented by ad hoc observations. This is the first time that these diverse sources of data have been combined, allowing long-term analyses of population sizes, baselines for occurrences of rare species and detection of populations near critical limits.  Tony met with PhD student Francisco Henao Diaz regularly to go over the dataset. There were about 40 variables initially and together Tony and Francisco reduced this to about 15 key variables. It was an iterative process because, as Tony pointed out, “a dataset by itself is only part of a story.  You really need to have some other information that goes along with it.  It needs context.”   This process involved cleaning errors, clarifying acronyms, and determining which data would have general value.  The goal was to make it accessible and understandable for the long term as, Tony reminded, there is “no point in collecting data unless it is available for other people.”  This dataset will shortly be publicly available as an Ecology data paper co-authored by Francisco and Tony.